It's been a weary two weeks. The shocking news of a friend's death left me out of sorts. I spent the week looking forward to the weekend for some moments of peace and time to deal with the sad news. It seemed I'd forgotten where I'd be for most of the weekend: at a funeral! Yes, three weeks ago that was the shocking news that hit, my uncle died suddenly at the age of 67.

So Friday evening was spent planning for our trip at dawn to the Eastern Region. Now, you only need to spend a few months in Ghana to realise that funerals are the greatest social event. This is where businessmen network, politicians work up their political capital and... single men and women look out for a future partner! Of course, with so much focus on the event, there are rules that go with it too.

1. We sent Em to her (paternal) grandparents for the weekend as children and pregnant women are not meant to go to funerals (the dead person's spirit can enter the child's or foetus' soul).

2. I searched through my funeral clothes for something black - since he was under 70 years old, black is the colour to wear, unless the family selects other colours, e.g. black and red, or brown. If he were above 70, black and white is accepted and if over 80, white is worn to celebrate the long life lived. 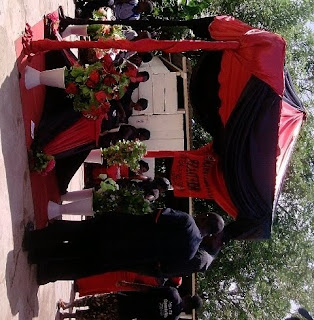 3. I then made sure I didn't select a sparkly or one of the shinier outfits as that would not be appropriate considering my close relationship to the deceased (my dad's brother). In addition, I picked out a pair of dark pearl earrings, again, solemn enough for the event. Although, once we got out into the sun, my mum complained that they were too bright, but once I had my dad's approval, I kept them on. 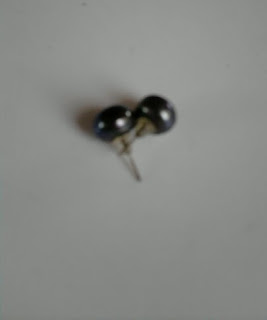 4. During the week we also had to make sure my new little family was presented, so Virgo came along, and from my mother's family, my uncle and cousin, to ensure we fully represented the other side of my dad's family.

There are so many other rules that make up the funeral politics of Ghana, how to shake hands, what to eat and drink and who gets buried on which side of the cemetry, but I'll save that for another day. Interestingly, we somehow managed to get into some real politics as my second cousin, an MP in the area, was holding his mother's funeral the same day. 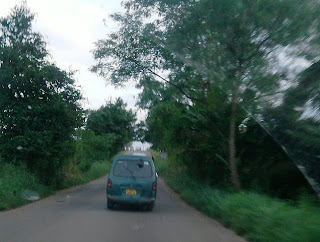 So the sad day ended on a pleasant note after Virgo met his political chums, we all said goodbye to relatives and enjoyed the beautiful green scenery on our way home. Well, that was until we hit Winneba junction. More on that later...
Posted by Maya Mame at 11:27

Funeral politics indeed. So many rules to follow! I didn't even know half of these rules existed. No kids or pregnant women allowed?? Wow. I remember my mother once got an invitation to attend a funeral via voice mail and immediately after the funeral location, time etc were the rules: no jewelry, flat sandals, acceptable/specific fabric and I think they may have even gone as far as to say no nail polish??!!! WHAT?!

Gosh Raine, what a cheeky invite! Although it all sounds like the rules I've heard of, just never knew someone would include it in the invitation. I went to an aunt's funeral right after my wedding and anotgher aunt gasped when she saw me "NOOO! You're in black! Ahinfro (sorry don't know how to spell it, but it means 'new bride') should never wear black!

May their souls rest in peace amen.

We have same culture in Nigeria.