Do you know this person? 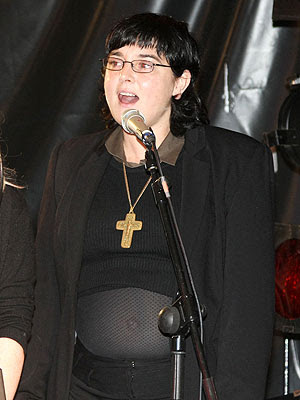 I didn't think I did either, until I read on People that this is Sinead O'Connor. That's right, Sinead O'Connor, whose song Nothing Compares 2U still gets played all over the world, whose lyrics most of us still remember, word for word, THAT Sinead O'Connor. 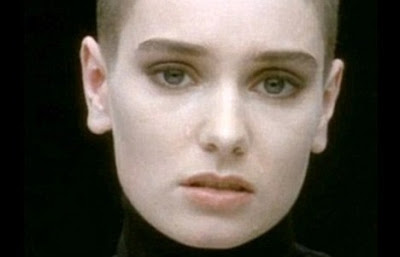 (Picture borrowed from the Daily Mail)

I remember a couple of weeks ago reading about fans booing her off stage, feeling they had been cheated because the woman they saw in front of them was clearly not the Sinead O'Connor. Well, it seems it was!

My first thought when I saw the photo was, gosh, she really looks different, what happened? Then, I happened to read some of the comments on People's article and it was clear that most people were shocked by her weight gain. Funnily, that was the last thing I had thought of. To me, the shock in her changed appearance has more to do with the fact that she previously seemed to be a rebellious figure, her shaven head alone made her look it. But now...that hair? That outfit??? Now she looks so...ordinary. Like... an average 40-something mother of 2 or more.

I am not judging her for changing, it's been over two decades, we've all changed since then. I just thought I'd let you know what she looks like today, in case you happen to bump into her some day! (And I felt it would be nice to think of something other than the riots.
Posted by Maya Mame at 17:50

*Hahaha* Interesting! My 1st thought was similar to yours. She does look like a 40ish mother who dropped off her kids at school and then changed into something clearly inappropriate (eeishh!) and stumbled on to the stage of a concert she was forced to sing at. Excellent wit in the title of your post; nothing does indeed compare!!

My first thought: what's up with the mesh 'covered' stomach??

Thanks, Abena. Inappropriate indeed! What was she thinking???

I know, Raine! My eyes can't seem to move away from the bellybutton.

Nsoromma...Child of the Heavens said...

THAT'S Sinead O'Connor! Wow...What is that look?! *gets on knees begging God for the mercy of aging with class and style*

I'm right down there, begging with you!